The Writing Revolution – Part One 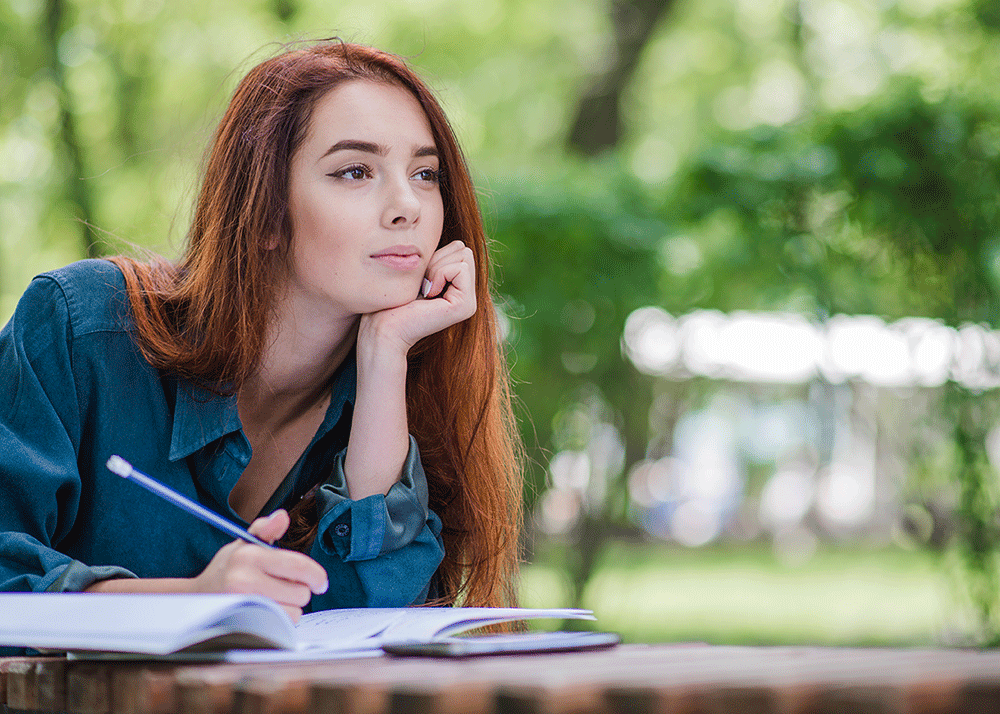 06 Apr The Writing Revolution – Part One

A Change In Formal Writing Instruction

In 2009, when Monica DiBella entered New Dorp, a public high school near a grimy beach on Staten Island, her academic future was cloudy. Monica had struggled to read in early childhood, and had repeated first grade. At elementary school, she received more than 100 hours of tutoring. By fourth grade, she’d fallen behind her classmates again. In the years that followed, Monica became comfortable with math and learned to read passably well.  She never seemed able to express her thoughts in writing.

Freshman year at New Dorp,  her history teacher asked her to write an essay on Alexander the Great. At a loss, she jotted down her opinion of the Macedonian ruler. Monica wrote: “I think Alexander the Great was one of the best military leaders.” An essay? “Basically, that wasn’t going to happen,” she says, sweeping her blunt-cut brown hair from her brown eyes. “It was like, well, I got a sentence down. What now?” Monica’s mother, Santa, looked over her daughter’s answer—six simple sentences, one of which didn’t make sense—with a mixture of fear and frustration. Even a coherent, well-turned paragraph seemed beyond her daughter’s ability. An essay? “It just didn’t seem like something Monica could ever do.”

“Writing as a way to study, to learn, or to construct new knowledge or generate new networks of understanding, has become increasingly rare.”

For decades, no one at New Dorp seemed to know how to help low-performing students like Monica. Unfortunately, this troubled population made up most of the school, which caters primarily to students from poor and working-class families. In 2006, 82 percent of freshmen entered the school reading below grade level. Students routinely scored poorly on the English and history Regents exams, a New York State graduation requirement: the essay questions were just too difficult. Many would simply write a sentence or two and shut the test booklet.

In the spring of 2007, administrators calculated graduation rates and found that four out of 10 students who had started New Dorp as freshmen had dropped out. It became one of the approximately 2,000 lowest-performing high schools in the nation. City officials, who had been closing comprehensive high schools all over New York and opening smaller, specialized ones in their stead, signaled that New Dorp was in the crosshairs.

The school’s principal, Deirdre DeAngelis, began a detailed investigation into why, ultimately, New Dorp’s students were failing. By 2008, she and her faculty had come to a singular answer: bad writing. Students’ inability to translate thoughts into coherent, well-argued sentences, paragraphs, and essays was severely impeding intellectual growth in many subjects. Consistently, one of the largest differences between failing and successful students was that only the latter could express their thoughts on the page. If nothing else, DeAngelis and her teachers decided, beginning in the fall of 2009, New Dorp students would learn to write well. “When they told me about the writing program,” Monica says, “well, I was skeptical.” With disarming candor, sharp-edged humor, and a shy smile, Monica occupies the middle ground between child and adult—she can be both naive and knowing. “On the other hand, it wasn’t like I had a choice. I go to high school. I figured I’d give it a try.”

New Dorp’s Writing Revolution, which placed an intense focus, across nearly every academic subject, on teaching the skills that underlie good analytical writing, was a dramatic departure from what most American students—especially low performers—are taught in high school. The program challenged long-held assumptions about the students and bitterly divided the staff. It also yielded extraordinary results. As sophomores, the students who had recieved the writing instruction their freshmen year were already scoring higher on exams than any previous New Dorp class.

Pass rates for the English Regents, for example, bounced from 67 percent in June 2009 to 89 percent in 2011; for the global-­history exam, pass rates rose from 64 to 75 percent. The school reduced its Regents-repeater classes—cram courses designed to help struggling students collect a graduation requirement—from five classes of 35 students to two classes of 20 students. The number of kids enrolling in a program that allows them to take college-level classes shot up from 148 students in 2006 to 412 students last year. Most important, a greater proportion of students who enter as freshmen leave wearing a cap and gown, although the makeup of the school has remained about the same, ­roughly 40 percent of students are poor, a third are Hispanic, and 12 percent are black.

Graduation rates were expected to hit 80 percent by Spring. This was a staggering improvement over the 63 percent before the Writing Revolution began. New Dorp, once the black sheep of the borough, is now held up as a model of successful school turnaround. “To be able to think critically and express that thinking, it’s where we are going,” says Dennis Walcott, New York City’s schools chancellor. “We are thrilled with what has happened there.”

In the coming months, the conversation about the importance of formal writing instruction and its place in a public-school curriculum—­the conversation that was central to changing the culture at New Dorp—will spread throughout the nation. Over the next two school years, 46 states will align themselves with the Common Core State Standards. For the first time, elementary-­school students will be required to write informative and persuasive essays.

By high school, students are expected to produce mature and thoughtful essays in English class as well as history and science classes. Common Core’s architect, David Coleman, says the new writing standards are meant to reverse a pedagogical pendulum that has swung too far, favoring self-­expression and emotion over lucid communication.

“As you grow up in this world, you realize people really don’t care about what you feel or what you think,” he famously told a group of educators last year in New York. Early accounts suggest that the new writing standards will deliver a high-voltage shock to the American public. Last spring, Florida school officials administered a writing test that, for the first time, required 10th-graders to produce an expository essay aligned with Common Core goals. The pass rate on the exam plummeted from 80 percent in 2011 to 38 percent this year.

According to the Nation’s Report Card, in 2007, only 1 percent of all 12th-graders nationwide could write a sophisticated, well-­organized essay. Other research has shown that 70 to 75 percent of students in grades four through 12 write poorly. Over the past 30 years, as knowledge-based work has come to dominate the economy, American high schools have raised achievement rates in mathematics by providing more­-extensive and higher-level instruction. High schools are still graduating large numbers of students whose writing skills better equip them to work on farms or in factories than in offices; for decades, achievement rates in writing have remained low.