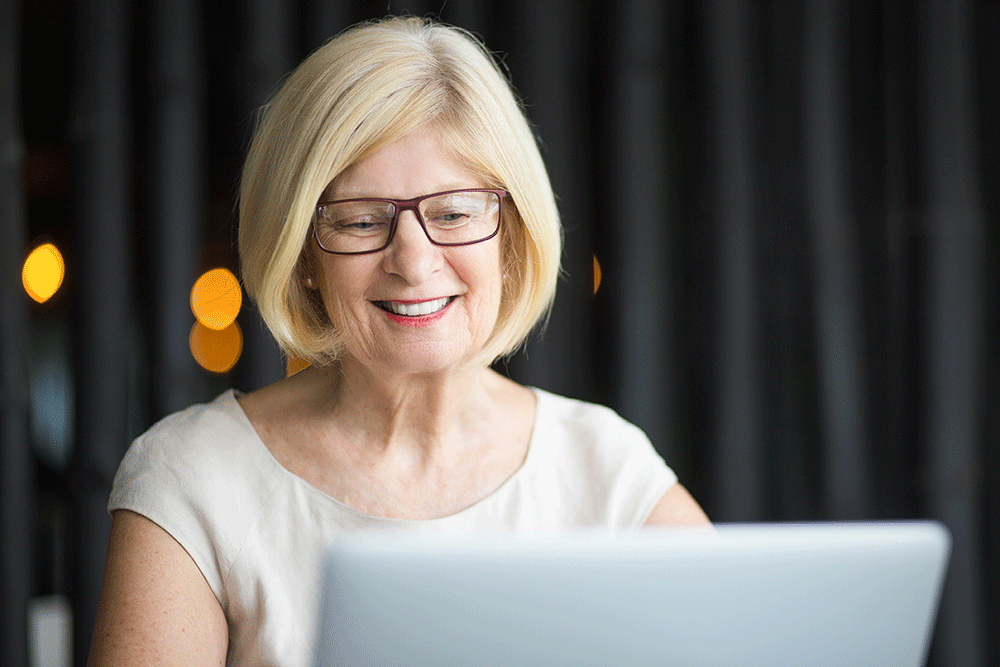 Previous blogs on The Writing Revolution highlighted a study conducted a few years ago at New Dorp High School on Staten Island in New York. Nearly 10 years ago, 82% of freshmen entered the school reading below grade level and could not write more than two sentences in essay questions. Once it was determined how to help low performing students, the school made a major turnaround as teachers were more pro-active about writing instruction and shaping curriuclums in all subjects, such as history and social studies.

Seeking out ideas, DeAngelis took a handful of teachers to visit the Windward School, a small private school for first-through-ninth-graders located in a leafy section of White Plains, a suburb of New York City. To be accepted there, children have to possess at least average intelligence, have a language-based learning disability, and have parents who can afford the $45,000 yearly tuition. Students attend Windward for two or three years before reentering mainstream schools, and because so many affluent children move in and out of Windward, the writing program there, which was developed by the former Windward head Judith Hochman, has become something of a legend among private-­school administrators.

“Occasionally, we’d have a student attend Windward. And they’d come back and we’d find that that student had writing down,” says Scott Nelson, the headmaster at Rye Country Day, an exclusive independent school in Westchester County. Nelson figured that Rye Country Day kids could benefit en masse from the Windward expository-writing program. Three years ago, Nelson sent his entire middle-school English and social-studies staff to be trained by Hochman.

The Hochman Program, as it is sometimes called, would not be un­familiar to nuns who taught in Catholic schools circa 1950. Children do not have to “catch” a single thing. They are explicitly taught how to turn ideas into simple sentences, and how to construct complex sentences from simple ones by supplying the answer to three prompts—but, because, and so.

Students are instructed on how to use appositive clauses to vary the way their sentences begin. Later on, they are taught how to recognize sentence fragments, how to pull the main idea from a paragraph, and how to form a main idea on their own. It is, at least initially, a rigid, unswerving formula. “I prefer recipe,” Hochman says, “but formula? Yes! Okay!”

Hochman, 75, has chin-length blond hair and big features. Her voice, usually gentle, rises almost to a shout when she talks about poor writing instruction. “The thing is, kids need a formula, at least at first, because what we are asking them to do is very difficult. So God, let’s stop acting like they should just know how to do it. Give them a formula! Later, when they understand the rules of good writing, they can figure out how to break them.” Because the tenets of good writing are difficult to teach in the abstract, the writing program at Windward involves a large variety of assignments, by teachers of nearly every subject. After DeAngelis visited the school, she says, “I had one question and one question only: How can we steal this and bring it back to New Dorp?”

“In a profoundly hopeful irony, New Dorp’s re-emergence as a viable institution has hinged not on a radical new innovation but on an old idea done better. The school’s success suggests that perhaps certain instructional fundamentals—fundamentals that schools have devalued or forgotten—need to be rediscovered, updated, and reintroduced.”

For her part, Hochman was intrigued by the challenge New Dorp presented. Research has shown that thinking, speaking, and reading comprehension are interconnected and reinforced through good writing instruction. If the research was correct, Hochman told DeAngelis, a good writing program at New Dorp should lead to significant student improvement all around.

Within months, Hochman became a frequent visitor to Staten Island. Under her supervision, the teachers at New Dorp began revamping their curriculum. By fall 2009, nearly every instructional hour except for math class was dedicated to teaching essay writing along with a particular subject. So in chemistry class in the winter of 2010, Monica DiBella’s lesson on the properties of hydrogen and oxygen was followed by a worksheet that required her to describe the elements with subordinating clauses—for instance, she had to begin one sentence with the word although.

Although … “hydrogen is explosive and oxygen supports combustion,” Monica wrote, “a compound of them puts out fires.”

Unless … “hydrogen and oxygen form a compound, they are explosive and dangerous.”

If … This was a hard one. Finally, she figured out a way to finish the sentence. If …“hydrogen and oxygen form a compound, they lose their original properties of being explosive and supporting combustion.”

As her understanding of the parts of speech grew, Monica’s reading comprehension improved dramatically. “Before, I could read, sure. But it was like a sea of words,” she says. “The more writing instruction I got, the more I understood which words were important.”

Classroom discussion became an opportunity to push Monica and her classmates to listen to each other, think more carefully, and speak more precisely, in ways they could then echo in persuasive writing. When speaking, they were required to use specific prompts outlined on a poster at the front of each class.

The structured speaking was a success during Monica’s fifth-period-English discussion of the opening scene of Arthur Miller’s Death of a Salesman. “What is Willie Loman’s state of mind? Is he tired? If he is tired, why would he be so tired?” asked the teacher, Angelo Caterina. “Willie Loman seems tired because he is getting old,” ventured a curly-haired girl who usually sat in the front. “Can you explain your answer?,” Monica called out. The curly-haired girl bit her lip while her eyes searched the book in front of her. “The stage direction says he’s 63. That’s old!” Other hands shot up. Reading from the prompt poster made the students sound as if they’d spent the previous period in the House of Lords instead of the school cafeteria. “I agree that his age is listed in the stage direction,” said John Feliciano. “But I disagree with your conclusion. I think he is tired because his job is very hard and he has to travel a lot.”

Robert Fawcett, a loose-limbed boy in a white T-shirt, got his turn. Robert had been making money working alongside the school’s janitors. “I disagree with those conclusions,” he said, glancing at the prompts. “The way Willie Loman describes his job suggests that the kind of work he does is making him tired. It is repetitive. It can feel pointless. It can make you feel exhausted.” The class was respectfully silent for a moment, acknowledging that Robert had analyzed the scene and derived a fresh idea from his own experience.

By sophomore year, Monica’s class was learning how to map out an introductory paragraph, then how to form body paragraphs. “There are phrases—specifically, for instance, for example—that help you add detail to a paragraph,” Monica explains. She reflects for a moment. “Who could have known that, unless someone taught them?” Homework got a lot harder. Teachers stopped giving fluffy assignments such as “Write a postcard to a friend describing life in the trenches of World War I” and instead demanded that students fashion an expository essay describing three major causes of the conflict.

Some writing experts caution that championing expository and analytic writing at the expense of creative expression is shortsighted. “The secret weapon of our economy is that we foster creativity,” says Kelly Gallagher, a high-school writing teacher who has written several books on adolescent literacy. And formulaic instruction will cause some students to tune out, cautions Lucy Calkins, a professor at Columbia University’s Teachers College.

While Calkins welcomes a bigger dose of expository writing in schools, she says lockstep instruction won’t accelerate learning. “Kids need to see their work reach other readers … They need to have choices in the questions they write about, and a way to find their voice.”

To be sure, the writing program hasn’t solved all of New Dorp’s problems. The high rate of poverty makes the students vulnerable to drug abuse and violence. And in some subjects, scores on the Regents exams this year showed less growth than the teachers had hoped for. Still, word of the dramatic turnaround has spread: principals and administrators from other failing high schools as far away as Chicago have been touring New Dorp. As other schools around New York City and the nation scramble to change their curriculum to suit the Common Core standards, New Dorp teachers say they’re ready.

In a profoundly hopeful irony, New Dorp’s re­emergence as a viable institution has hinged not on a radical new innovation but on an old idea done better. The school’s success suggests that perhaps certain instructional fundamentals—fundamentals that schools have devalued or forgotten—need to be rediscovered, updated, and reintroduced. And if that can be done correctly, traditional instruction delivered by the teachers already in classrooms may turn out to be the most powerful lever we have for improving school performance after all.

As for Monica DiBella, her prospects have also improved. She expresses more complex and detailed ideas when she raises her hand. Whereas she once read far below grade level, this year she earned a 77 on her English Regents exam (a 75 or above signals that a student is on track to engage in college-level coursework) and a 91 in American history (“Yep, you heard that right,” Monica tells me). Although many of her classmates can now bang out an essay with ease, she admits she still struggles with writing. She hurried through the essay on her global-history exam, and the results fell far short of a masterpiece. The first paragraph reads:

But Dina Zoleo, who taught Monica as a junior, points out that the six-paragraph essay shows Monica’s newfound ability to write solid, logically ordered paragraphs about what she’s learned, citing examples and using transitions between ideas. Together with her answers in the multiple-choice section of the test, it was enough to earn Monica an 84. She’s now begun the process of applying to college. “I always wanted to go to college, but I never had the confidence that I could say and write the things I know.” She smiles and sweeps the bangs from her eyes. “Then someone showed me how.”