Children’s Sense of Being a Writer 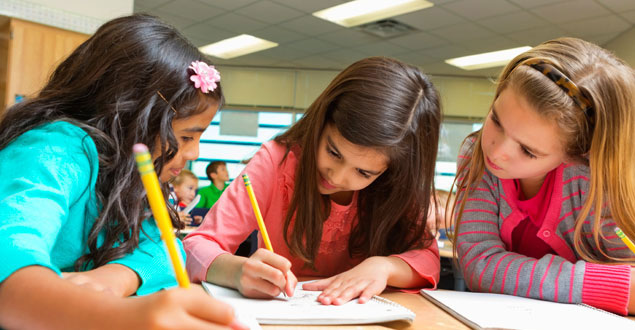 15 Feb Children’s Sense of Being a Writer

Children’s Sense of Being a Writer: Identity Construction

Writing as a process approach has long been acknowledged and studied in detail in the classroom setting. There are other studies that view writing workshops from a social perspective with a particular focus on identity. Writing as a process approach highlights the social aspect of writing because it puts the writer in the center of writing activities through allowing the writer to take ownership of writing, spend time on writing activities and respond to his or her own and others’ writing in many different ways. It has a potential to support young writers’ identities by allowing them to generate their topics, sharing drafts with peers, responding to others’ writing, and sharing the published form with the intended audience (Flint & Cappello, 2003).

When children write they use voice which is a dynamic expression of oneself and it is linked to children’s socially situated identities. Thus, the texts they created during writing workshops play an active role in shaping students’ social identities (Cappello, 2006). Through exploring the process and the practices involved in writing, students develop understanding of themselves as a writer who uses writing for different personal and social purposes, in spite of the difficulty in changing one’s image of oneself as a writer (Graham, 2000).

In this study, a second grade class was organized according to the process writing model to develop students’ writing performances. Writing practices construct children’s writer identity as well as their development as writers. Studies about literacy practices and identity construction suggest students’ perception of literacy is connected to their identification of self as a reader and a writer which is determinative of what they learnt, how they learnt and the way they respond in the classroom context (Beach & Ward, 2013). The purpose of this study is to understand the role and the contribution of writing workshops in shaping students’ literacy especially writing identity and the difference between students who identified as successful, average or struggling students in language and literacy learning.

Introduction
Theories based on social constructivist and postmodern perspectives “emphasize the constructed and dynamic nature of identity” (McCarthey, 2001, p. 125). According to Norton(1997) identity refers to “how people understand their relationship to the world, how that relationship is constructed across time and space and how people understand their possibilities for the future” (p. 410). As literacy practices are also constructed by language learners’ understanding of themselves, their social environment and their histories (Norton &Toohey, 2003), the relationship between identity and literacy as a social practice has been the subject of research, however, the literate identities of younger students, especially when they are beginning to learn how to write have been explored less compared to the identities of adolescents (Collier, 2010).